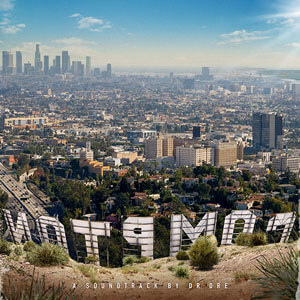 “DrDre-compton” by Source. Licensed under Fair use via Wikipedia.

The way we listen to music is vastly different than at any time in our history.  We are a singles culture.  We listen to the latest single from the artist that is in vogue.  If they have a follow up single, we will jump on that also.  That is ok, don’t get me wrong, but that is not how we listened to music ten, fifteen, twenty years ago.  We bought albums on vinyl, tape, and it you are old enough you bought 8-track tapes.  Many of the albums were listened in their entirety, as there was a story and a message in the music for those who took the time to listen.

“Compton,” the new release by Dr. Dre, brings us back to that.  It is an album from start to finish, with a distinct beginning, middle, and end.  You are encouraged to listen to the entire album to understand the story.

The story is a day in the life in the city of Compton, California.  The artists each bring their own reality to the table, and together it paints portrait of this city in which many individuals will never experience.

I have often called Dr. Dre the Quincy Jones of Hip Hip, because the production skills are impeccable, and once again he has assembled a cast of rappers and singers that blend well together to tell the Compton story.  Some of the artists are well-known, while others are not.  The end result, in my opinion, is a masterpiece that has staying power.

If you do not know Quincy Jones, Google him and check out “Back On The Block,” and “Q’s Jook Joint.”

The stand out tracks for me include, “Talk About it,” which is a great beginning to the trip you are about to take. “Issues,” has that great West Coast flow with a great R & B hook, resulting in a wave type sensation, rolling up-and-down and back up again.  Normally a smooth R & B hook in a Hip Hop track will feature a smoothed out rhyme.

“One Shot One Kill,” features Snoop Dogg, and if you did not read the credits, you would never know it was him.  Stylistically, this is a departure, but true artists are able to make this transition from time to time.

My favorite track is “For The Love Of Money.”